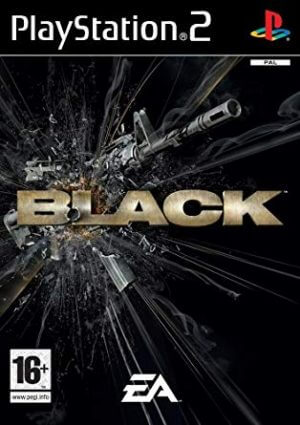 “John Wick” and “James Bond” or similar are your favourite movies, if you come here to search for a game like the ones you’ve watched, you’ve come to the right place. Black is a pure first-person shooter game developed by Criterion Games and Electronic Arts released on February 24, 2006. The plot of the game is somewhat cumbersome and confusing (as far as I find out). Now let’s focus on the gameplay. The game puts you in the first perspective so you can feel the most realistic effects of the explosion in the game, according to which the sound is meticulously elaborated like the movies. In the game, you will do assigned tasks such as destroying enemies, collecting intelligence or destroying enemy bases. Here you can only carry 2 weapons,so choosing the right one is extremely important. Be wary because enemy troops can appear in all directions, when the number of enemy troops is too overwhelming, pay attention to the explosives bags scattered on the ground. You can shoot at them to detonate immediately or you have to be able to bomb without exchanging weapons. This is a special feature of the game. With each stage is a cut scene, after each stage you will receive a reward corresponding to the difficulty, helping you unlock new weapons.