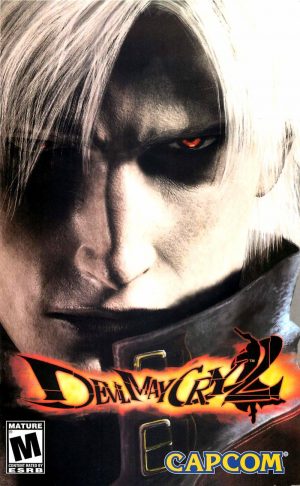 Devil May Cry 2 is an adventure genre game and is part of the Devil May Cry series by Capcom developed, first launched on January 25, 2003. Set after the events that took place in Devil May Cry. In the city of Vie de Marli, Dante and his companion Lucia are now trying to fight Arius with a plot to invade the world. Keeping the gameplay from the previous part of the game, you will mainly have to fight with many different types of monsters, the number of monsters in this section is even more than the previous one. The environment in the game is also changed when it is primarily a modern city setting. Join the game, you will play the main characters Dante and Lucia from the third perspective, Dante uses the weapon is a large sword and two guns called Ivory and Ebony, while Lucia uses two knives and a crossbow with a bomb package. In particular, both of them have the ability to turn into devils, increasing their power significantly and their ability to fly. Items also appear randomly on the map with many different effects. In addition, you can also buy many different types of items in the store to help support the battle.