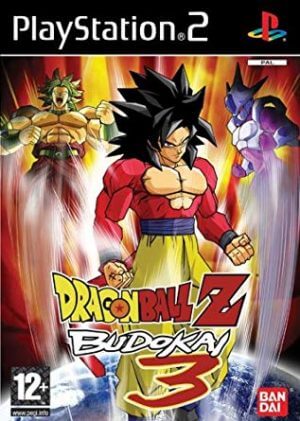 “DragonBall Z – Budokai 3” is a fighting action game inspired by the famous manga and cartoon series of the same name, the game was developed by Dimps Corporation and was first released on November 16, 2004. The main game mode is Dragon Universe, where you will choose one of the familiar characters of the manga in two parts, Dragon Ball Z and Dragon Ball GT. When the selection is complete, you will be directed to play a linear storyline, where you must turn to fight with many different characters. Characters will have special abilities that are simulated as in the story, such as Saiyan characters that can transform into many different super Saiyan forms, not only changing their appearance but their strength is also increased significantly. This is followed by Duel Mode, which allows you to fight with other AI-controlled characters or fight other players through the second controller. In addition to basic attacks such as punches and kicks, you can fly as well as release energy in the body and shoot at opponents and many other special skills. With graphics and the familiar character, design styles make the battle identical in the movies you’ve ever seen.