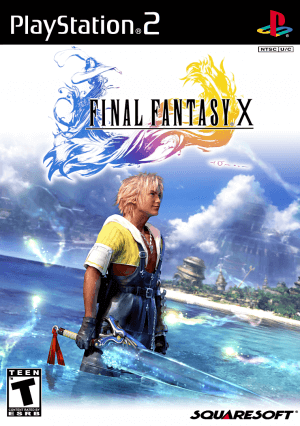 Final Fantasy X is an RPG genre video game. The game is set in a fantasy world called Spira, where Tidus, a star of the blitzball sport and his friends, is trying to fight against a monster of destructive power called Sin because it destroyed your homeland. As Tidus, you will lead the group on an adventure to the beautiful continents. In turn-based battles, you can take many actions when your turn includes basic attacks, skills, and use of items. In this part, when summoning “aeons” monsters, they will appear and fight instead of the main character, but no longer fight in one turn and disappear. After defeating enemies you will also receive items and experience to help the character become stronger.