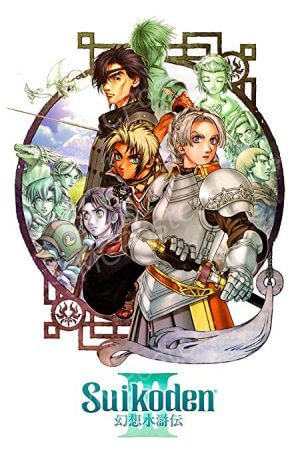 
Gensou Suikoden III is an RPG and the third installment of the Suikoden series. Released by Konami exclusively for PS2 in 2002 in Japan and North America. The game takes place 15 years after the events of the previous season when peace between the six clans at Grasslands and the Zexenc Federation is signed. Unlike previous versions of the game that only allowed the player to control a single character, this version will increase to three and use a new mechanism called ‘trinity sight’. From here, the perspective of the players to the in-game events become more visible. In addition, the special mechanisms from the old versions remain the same when allowing players to recruit more NPCs into their battle roster, and this number is up to 108 NPCs ready for you to choose. Your battle squad can be up to six people, each character has a different stat and can also learn many different skills. The runes system is also a symbol for the spells in the game, has many different benefits and is easy for players to customize. There are several minigames for players to entertain after each battle such as dice, card games, and horse racing.