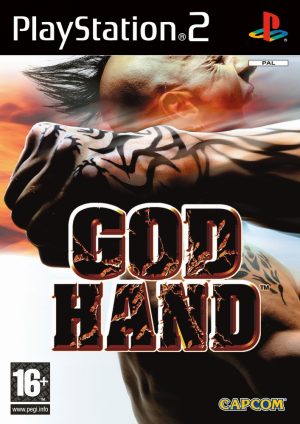 God Hand is an action, beat ’em up video game genre. The story revolves around the protagonist Gene, after accidentally seeing a girl named Olivia surrounded by a crowd, he helps out. Though extremely brave, he had an arm cut before being knocked unconscious by thugs. Olivia had been using the Lord’s arm that her family had been protecting for so long for Gene, from here on Gene had remarkable power and was also dragged into other troubles. As Gene, you have to fight many enemies with evil powers. There are more than 100 combat moves you can use, in addition to the special attack extremely beautiful. The objects in the environment can also be used as weapons, you can also dodge and taunt enemies, eventually launching a finishing blow when they are low on health.