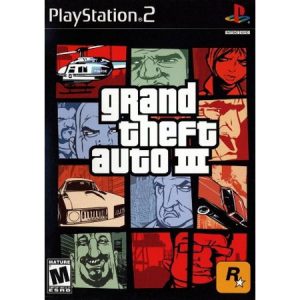 Grand Theft Auto III is an open-world adventure action game and is the fifth installment in the DMA Design Grand Theft Auto series, launched by Rockstar Games on October 22, 2001. The setting of the game in the fictional city of Liberty was inspired by New York City. The plot revolves around the protagonist Claude Speed ​​and his way to control the underworld. Join the game and play the role of Claude, there will be many tasks that you must complete to become a boss. With a large map and many vehicles such as motorcycles, cars, etc. The weapons are also very diverse for you to choose to make the task easier. When fighting, if damaged, the character’s health index will be reduced, if the health is depleted, the player will be taken to a nearby hospital, and you will lose a small amount of money. Be careful when doing missions, because the police can arrest you at any time, with the star symbols that represent your crime level, the more stars, the level of the pursuit of the higher the police, they even have the right to kill you.