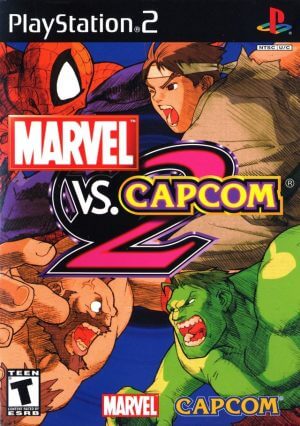 “Marvel vs. Capcom 2 – New Age of Heroes” is a fighting game genre and is the fourth installment in the “Marvel vs. Capcom” series developed by Capcom, which was released in 2000. The game is set two years after the battle against Onslaught. At this point, superheroes and villains are still fighting each other with the unwilling to stop. Suddenly a powerful power entity named Abyss appeared and intended to destroy the Earth. Now superheroes and villains have to postpone the battle between them to join hands against the common enemy. The gameplay remains the same, but this section allows the player to select up to three characters in the Marvel and Capcom character list, with each character bringing their super combo. Players can also summon a character not in the battle to create special skills together. When supported, the character will deal double damage, and when not attacked, the character can recover. Also, an ability called “snapback”, capable of instantly knocking an opponent’s character out of battle and requiring another character to be replaced.