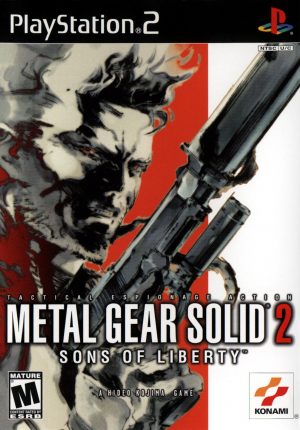 Since the incident on Shadow Moses Island, Metal Gear’s top-secret technology has been leaked into the black market through the machinations of Revolver Ocelot. As a result, countless variations of Metal Gears have sprung up in every corner of the globe, making the weapon an increasingly common component of the armed forces of nuclear powers. In the midst of all of this, Solid Snake, now a member of the anti-Metal Gear group “Philanthropy,” has learned that a new prototype Metal Gear has been developed by the U.S. Marines and is being transported in secret to an unknown destination. To learn more about this new machine, Snake must infiltrate the transport, disguised as a tanker, as it makes its way down the Hudson River. Just as Snake is about to begin his mission, however, the ship is seized by a mysterious and well-armed group bent on stealing the new Metal Gear for their own, nefarious purposes.