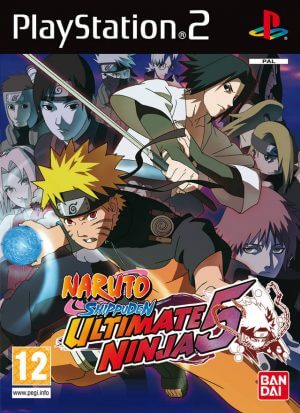 Ultimate Ninja 5 includes content from episodes 1–53 of the Naruto Shippuden anime, which corresponds to the beginning of the “Rescue Gaara” storyline and the conclusion of the “Sasuke chase” arc, respectively.

In Ultimate Ninja 5, one of the new features to the game’s gameplay is the inclusion of help characters. These characters can be summoned during a fight to do additional damage to the adversary. The player has the ability to call upon a maximum of two different help characters, each of which confers unique capabilities on the player in terms of the team-based jutsu and ougis that they can do.

Additionally, for the first time ever, Ultimate Ninja 5 gives the player the chance to increase their character’s stats, in addition to the ability to add equipment and upgrade their Jutsus. As players make their way through the game’s story mode, known as “Master Mode,” they will have the opportunity to explore the Leaf Village at their own pace and engage in conversation with both the locals and their environment.