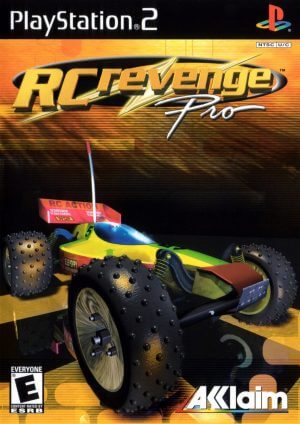 
In RC Revenge Pro, the player can compete in races with radio controlled vehicles. There are championship, single race and split-screen modes. The game features more than 30 different and crazy vehicles from sports cars to trucks, jeeps and more. There are also more than 20 tracks, set in the jungle, a haunted mansion, a space station, a post-apocalyptic world of mutants, a cartoon world and a pirate island. Every scenario has 4 tracks and is very unique in graphics and music. There is also a track builder mode, where players can create their own race tracks with simple street blocks. Each car is also available in a boat version, because many tracks contain water sections. There are also many crazy pickup weapons which let the player occasionally win a race he is expected to lose.

Snoopy vs. the Red Baron