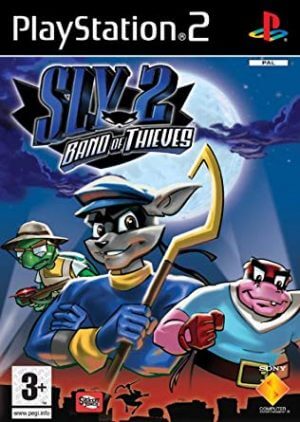 Sly 2 – Band of Thieves is an action genre game, platform and part of the Sly Cooper series developed by Sucker Punch Productions, which was first launched on September 14, 2004. The setting of the game takes place 2 years after the events of the previous season after defeating Clockwerk, the protagonist Sly Cooper and his friends are trying to break into many places to find the parts of Clockwerk and destroy them forever, also to protect their families from the dangers that come from them. Join the game you will play the role of Sly Cooper and friends who participate in many different missions. Sly Cooper with his professional theft skills, you can easily climb and jump flexibly. Bentley has computer skills, can easily hack into the computer system of secret places and open the doors. Murray has innate power, he can destroy enemies easily with powerful punches. There are many challenging missions in Sly 2, with each mission you will be taken to a large map, where you have to find many ways to get the assigned items.