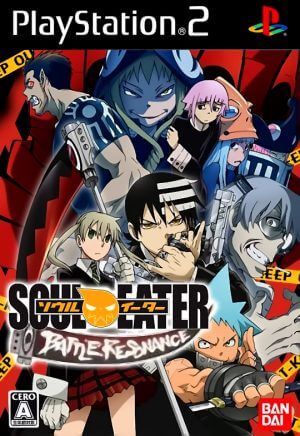 :: Game :: The player competes in a one on one matches against computer-controlled opponents within a stage a time limit, and Round number, which can be changed during the selection of characters. During the gameplay, there's a power gauge in which charges overtime as you fight your opponent. Occasionally for those who possess Demon Weapons, pressing the prompted on-screen button will increase the power gauge After gaining enough power, you may perform a soul resonance. This enables your character to perform super moves. When the gauge is full and you perform a resonance while close to the opponent, you will initiate the ultimate attack. :: Game Modes :: Adventure Mode: In this mode, the player will undergo doing several missions with specific tasks and have a time limit to complete the task. This may range from simply defeating the opponent to doing certain moves. Versus Mode: In this mode, you're able to connect online with other real players and battle them. Team Battle: In this mode, you may create a team of characters and fight against another computer-controlled team. Arcade Mode: In this mode, the player must successfully defeat the opponent to get to the next stage. After beating a certain number of opponents, Medusa is the last opponent. One beating her, the player completes arcade mode.

The Sopranos – Road to Respect