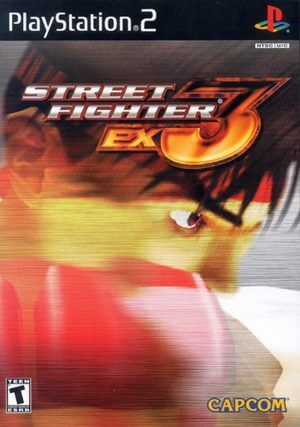 Street Fighter EX3 is a fighting game genre and is the third installment in the Street Fighter EX series developed by Arika, which was first released on March 4, 2000. The outstanding combat system of the Previously remains the same, but there are also some updates and notable changes. The attack moves of Super Combos and Meteor Combos were kept from the previous section, but this section removed the Guard Break system and replaced it with the Surprise Blow system. Street Fighter EX3 also added the Tag Battles feature, which allows players to use reserve characters and can replace their teammates in times of weakness, the replaced will recover during breaks. In Original mode, the player will choose their favorite character and join the battle.
In addition to this mode, there are a number of missions, complete them to achieve the titles Bronze, Silver, Gold, and Platinum, they will help unlock many other features. In Arena mode, you will participate in various battles such as 1-VS-3, 2-VS-1, etc. With Character Edit mode, you will create a new character and undergo many other challenges. After each battle, you will gain experience points that will help your character unlock new skills.