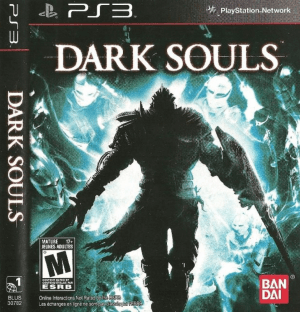 “Dark Souls” is a third-person, action-RPG genre game developed by FromSoftware and Bandai Namco Games as the publisher of this game. The game allows you to customize the character to your liking, according to your own preferences, but you can also choose for yourself the most suitable weapon to fight such as swords, shields, spears … “Dark Souls”, this game will teach us to conduct things very carefully and learn from our own mistakes by remembering the skills to deploy and destroy the enemy accurately. To conquer the gates of arduous, challenging in the game, players will need to use the ability to think and make the right decisions to destroy the giant bosses. If killing the boss makes you lose too much HP. Do not worry because when resting by the campfire, you will be promoted and restore yourself a decent amount of HP. When you defeat those giant monsters will drop rare items that are weapons or armor with higher strength or quality than the original. If you are a new player, you will definitely die many times, but do not be discouraged, learn from the previous experience to pass through these difficult and dangerous gates. An interesting feature of the game is that the plot is for the player to explore instead of explaining and most are gradually revealed by an NPC in the game.