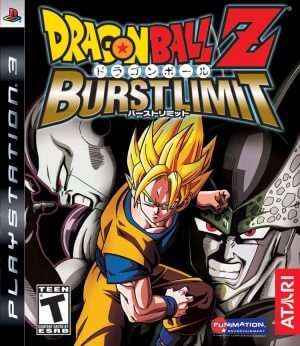 “Dragon Ball Z: Burst Limit” is a fighting video game series developed based on the animated movie Dragon Ball Z. This is a game series developed and released by Dimps in 2008. “Dragon Ball Z: Burst Limit “has a series of animated characters pre-installed in the game, among which the player controls a character fighting with other opponents’ characters. If the player is defeated, the improved Z Chronicles story mode in the game will help the player revive again to continue the match. Unlike previous games, the supporting characters will no longer fight with the character, and they will only provide rewards for players in the match. Besides, the game also adds other game modes such as challenge mode, survival mode, time attack mode, and battle point mode. These modes give players a fighting space in a new way different from the games in the previous series. In various battles, players can also engage in battles with other players around the world via the online mode available in the game versions of Dragon Ball Z.

The House of the Dead: Overkill – Extended Cut