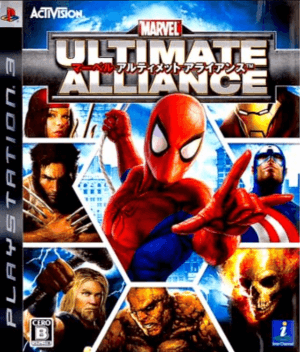 Raven Software is one of the famous developers of action role-playing games like “Marvel Ultimate Alliance”. This is one of the next series of Marvel game series. “Marvel Ultimate Alliance” was released for PlayStation 2, PlayStation 3, Xbox 360 and Xbox consoles. The game is known for its protagonists as cosmic superheroes. With gameplay similar to the previous games, “Marvel Ultimate Alliance” will take players to join a team of 4-member superheroes that players can choose from a variety of available characters in the game. In addition to destroying the villain, players can also change the ways of playing by solving puzzles to unlock new missions. After completing each mission, players can receive generous rewards from the game system. The bonus of the missions will help players buy a variety of costumes that match the character’s features. Each character will have 4 outfits to replace but they only have one set available at the start of the game. The others will be unlocked by the player when completing the assigned tasks. Join these battles to become the cosmic superhero.

Spider-Man: The Edge of Time