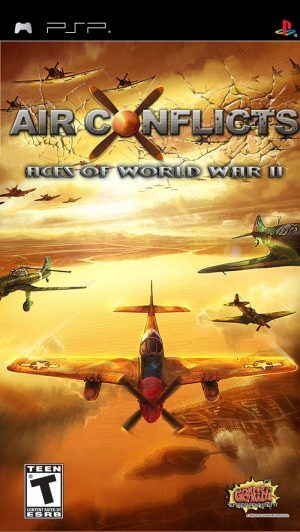 
Air Conflicts – Aces of World War II is a game describing air wars in the second world war, including thirteen campaigns and over two hundred and forty missions. Join the game, you will play as a pilot working for the US Air Force, the Royal Air Force, … Especially you can play with up to eight friends through ad hoc mode. Initially, you can choose the army you want to join and start fighting. Your goal is avoiding bullets from opponents and shooting down their aircraft. You need to control your plane in a very flexible way so you don’t get hit by bullets. Fiery air wars take place in various terrains and players have a radar scanner that detects the position of their troops and enemies. Not only that, but you are also provided with a compass and a circle based on the angle to shoot the enemy most accurately. The mission will end when you kill all the targets or when you are shot down. A plus point for the game is beautiful graphics, vivid sound, and realistic battle scenes.

Arthur and the Invisibles