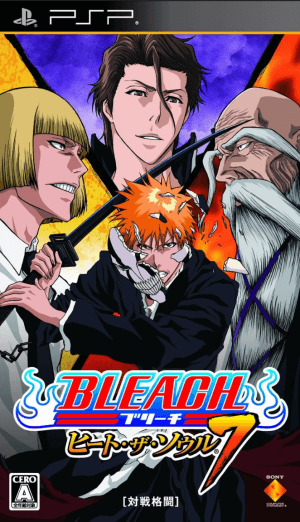 Since childhood, Kurosaki Ichigo has been a special teenager capable of seeing spirits. Still, he tried to live a normal life like everyone else. Until he studies at Ichigo High school, he accidentally meets Rukia – a Shinigami (death god) who is on a mission to find the lost Hollow in the extremely dangerous human world. Ichigo’s life officially turns to a new page when Rukia because of protecting him but is seriously injured, she is forced to give Ichigo half of his strength but he takes almost all of her strength and turns into a Shinigami, and defeat Hollow easily. But because of that, Rukia was forced to stay in the human world until she recovered her energy. This was against the rules of the Shinigami, so Rukia was sentenced to death. Ichigo and his friends save Rukia and decide to go to hell to bring her back. From here, the young hero faces challenges and adventures rotating between hell – earth, fierce battles and new enemies forcing him to overcome.

Role-playing is a teenager Ichigo with the basic goal of winning the opponent through rounds. The game also has many characters that you can choose to control and depending on each character, there will be corresponding moves and weapons interwoven with basic attacks (Ichigo Kurosaki uses Black Getsuga Tensho, Rukia Kuchiki use Kido). There will be a “ mental measure ” for players to know the physical state when using some energy-consuming techniques, and it also helps players to turn their characters into a different form and maintain status until the bar “gauge” is depleted. As the latest version of Bleach – Heat the Soul, in addition to retaining most of the traditional features and core of the previous installments, the 7th release also has significant improvements such as the mode for four people. play, a number of newly released characters such as Allon (Ayon), Coyote Starrk (Los Lobos), Baraggan Luisenbarn (Arrogante), Tier Harribel (Tiburon), Yammy Largo (Ira), … etc … matches Battling with giant characters is also one of the interesting attractions for players.