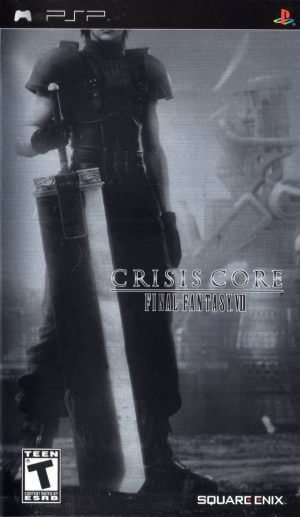 Zack is an S-class warrior of Class 2, carrying a burning dream of becoming a hero. Under Angeal Hewley’s training and non-stop training, he became a powerful warrior with a burning desire. However, after a virtual test, Zack loses at the hands of a mock Sephiroth and this causes Angeal to be canceled as a coach. The two are then sent to Fort Tamblin to fight in their final battle with Wutai, where they discover Angeal’s childhood friend, Genesis Rhapsodos, who has betrayed Shinra and some of his soldiers. The two split up and Zack enters the fortress alone, experiencing many misunderstandings that Angeal is his enemy, until Zack learns the truth that Angeal is killed. Now he has become a soldier of the SOLDIER 1st Class, bearing in his promise to Angeal, he defeats evil enemies and becomes a beloved hero.

I am sure that the first time into the game you will be amazed by the beauty of the image and sound Crisis Core, exquisite graphics to each slum of Midgar to the crystalline pools of a groundwater reservoir. And make sure that the character design is no less great and both monsters are the incredible shapes. Players can choose to follow the in-game story for about 15 hours or 50 hours to complete 100% and some missions can only be opened when you complete the previous conditions. A different point from the other games, where players are not allowed to buy weapons but have to use weapons available at the beginning of the game, that is the typical SOLDIER sword and then converted into a Buster sword or occasionally in some cases, special weapons are used as an umbrella. In battles, you are allowed to defend or evade though it will reduce the action points and in special battles that require magic points, to perform them, the player must have the corresponding equipment.

Although like any other Final Fantasy games, this version still has some rather odd location, it was interesting points to make up for the series featured. If you are a fan of the role-playing game genre and waiting to be lost in a fascinating adventure story, Crisis core: Final-fantasy VII is a perfect choice.