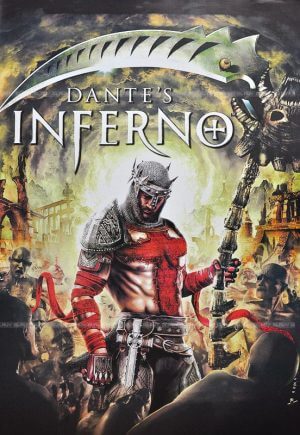 Absolute loyalty to your country and king is not always a good quality. Dante, a Templar knight from the Crusades, was involved in the third war. Because of his loyalty to his army, so many bloody carnages were committed. Contaminated with his soul, he became a tyrant with countless sins that he could not wash away. During a raid on the city of Acre, Dante was stabbed and encountered death. If he surrendered, all his sins could be waived but he refused to accept fate and vowed to redeem himself. After that time, when he returned to Florence and found his beloved Beatrice was brutally murdered. Dante takes risks, chases down to hell to bring Beatrice’s soul back.

If you are a fan of the God of War series, this is definitely a game that fits you perfectly. In the game, you play as Dante, who is guided by Virgil to fight through the Nine Hells to rescue Beatrice from Lucifer’s clutches. Using the scythe of death as a combat weapon and the Holy Cross (auxiliary weapon) fires a blast of energy like an attack at an opponent. In addition, Dante can use many magic-based attacks and use mana to support combat. The basic currency in the game is the souls collected when defeating enemies used to increase skills. This skill type is divided into two forms: the Holy (blue sphere) or Unholy (red sphere). Mainly the game focuses on eliminating the wandering souls and participating in violent battles expressed in the bloody Gothic art, the circles of hell surrounded by molten lava, hideous creatures embodying sins ready to rush to the ground to bring enough excitement to thrillers of the thrilling adventure genre. During the adventure lasted for several hours, a third of the way with a series of enemies and intriguing storyline diversity makes you busy with vengeance but as the gradual end of the level adventure fewer and memorable characters no longer appear much, the “mouse-headed elephant” and “boring ending” make many people feel disappointed. According to many people, it is like hell is not worth entering if the end has no promise from heaven. However, the opening and also brings many new and strange feelings for players.