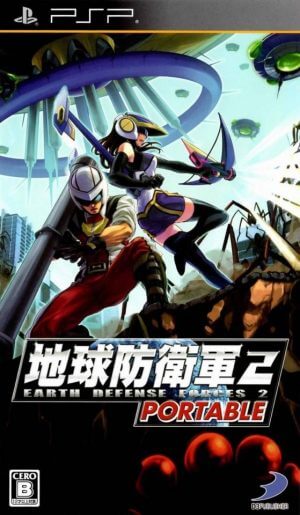 Earth 20XX, attacked by the mysterious Azyma Empire, life on this planet is at risk of being wiped out. Facing this situation, the Earth Defense Forces Union was formed. To clean up the Empire, saving all the people, the organization has trained a series of talented warriors. Transformed into a member of the Earth Defense Forces, the player fights giant insects in the third person perspective. Each battle can have a maximum of 4 people participating through co-op, they team up to complete group tasks and defeat all the giant insects that appear. In addition, players will be provided with a system that includes more than 400 types of advanced and modern weapons such as rifles, laser guns, ballistic missiles, … Not only that but in this version, many advanced weapons were also launched. For example, laser spear has the feature of electric shock, paralyzing all opponents or a gun called “88mm Support Cannon ” which can fire 88mm warhead into the air, integrated tracking system, causing great damage to the target … The XA-1 space battleships have new integrated attack systems. All of which brings a fascinating fantasy world for you to explore.