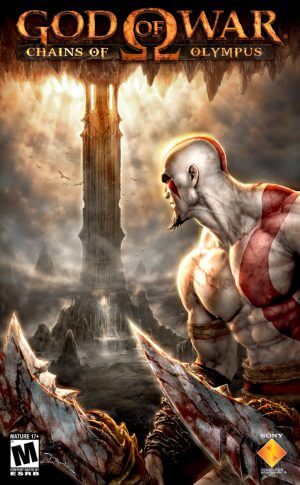 The plot is built in the fantasy world with an alternate version of ancient Greece, which was created by the gods OLYMPIAN, TITANS and other mythological creatures. Kratos, a Spartan warrior serving the Olympian gods is guided by the goddess Athena, who guides him to find the Helios Sun God. With the strength of training for many years and the help of the highest beings: Titan Atlas, Morpheus and the Queen of the underworld, Persephone intends to destroy the Pillar of the World, even Olympus. Kratos will have to protect Attica from the Persian army and a giant beast that their army unleashed on the city.

God of War: Chains of Olympus is a third-person RPG. Players will incarnate into Kratos and start their fight. The weapon is a long chain so he can use his skills, such as causing the chain to burn or attack an enemy from a distance. Kratos’ health bar will be displayed on the left corner of the screen, and the player must maintain it if he wants to continue the journey. At the end of each stage, a confrontation with monsters with large and powerful bodies will take place. The mission of the hero is to pass them, to get the key to the next level. Not only fighting but sometimes having to do some other work such as using large machines to destroy the enemy stronghold. This evokes the brutality, and influential that the storyline is conveyed. The map is designed very diverse from the ground, underwater to the dark caves and ruined strongholds. I think the fun and experience that the game brings from this aspect. It makes the players do not feel boring rising, while the gameplay seems to be repeated. However, due to this reason, the character will face many threats, with increasing difficulty.

About Kratos, not always just use the chain which sometimes can also use their bare hands to fight the enemy. Along with benevolence, the system will also hide somewhere the support chests, which will contain some items that can help him increase strength, restore health and some other weapons have higher endurance. So, pay attention to the chests around while fighting. In addition, there is another highlight that you may like. Those are short videos, describing the plot.