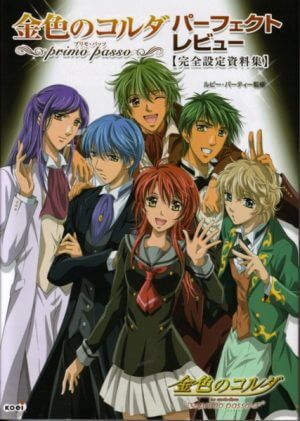 A role-playing game aimed at women. The game takes place in Seiso Academy revolving around an ordinary girl named Hino Kohaku. She met an angel during a late class. No one can see angels but Kohaku. Something strange happened after this meeting and one of them was her name on the list of the annual music contest at school but Kohaku didn’t know anything about music. Angel Lili gave her a magical violin, though she did not want to accept it, under the insistence of Lili entered the training process with this guitar. She discovered that when she played the music with her heart and knew the melody, she could play any music. The boys around Kohaku in the competition are also increasingly attached to her. Join the game, you will incarnate into the characters and follow the storyline available. There are many locations that you can move in the game. However, most of the time you will be reading conversations, monologues of characters appearing on the screen or instructions or narration. What’s new is that the characters in the game will be moving, not just the still images. Not only that, the scenes are rotated continuously.