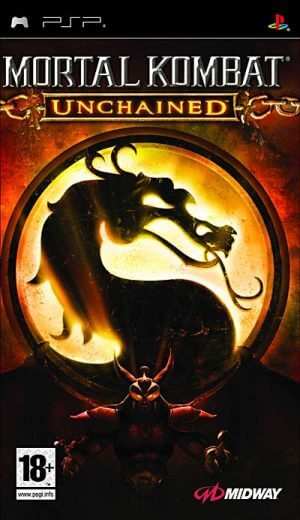 Unfortunately for the two traitor wizards was a big surprise when Onaga returned to take the throne of Out World. Before the terrible destruction of Shang Tsung, Quan Chi and Raiden joined forces to fight. However, the power of the three of them combined was not enough to be able to resist the Dragon King, and even the suicide attack with Raiden’s devastating power could not stop him. At the risk of world destruction, the alliance of heroes in Mortal Kombat has teamed up to destroy Onaga.

Mortal Kombat-Unchained is a one-on-one fighting game where players will incarnate into characters and fight enemies. One point that the publisher is very fond of this game is that the number of heroes has increased significantly compared to previous versions. We will be able to control more characters like Goro, Shao Kahn, Kitana, Jax, Frost, Blaze, … This gives players a lot more choices to help increase the experience significantly. The characters, of course, will have different fighting positions, as well as the weapons they use, are different. Special moves will be a highlight for those who have not considered which hero to choose. You can create beautiful combos by chaining your attacks by continuous. Of course, no one wants to be crushed by the opponent, does he understand that the manufacturer has provided us with counter-attacks to combat nasty combos from the enemy. In addition to the traditional game mode, you can experience the Chess Kombat mode which is basically like a game with the characters will be the hearts of the soldiers with the changed shape and special attacks. They will fight each other to determine which side will occupy a square on the field. There is also Konquest – a separate adventure mode that tells the history of Shujinko, a young man who has a direct impact on Onaga’s return in the main story.