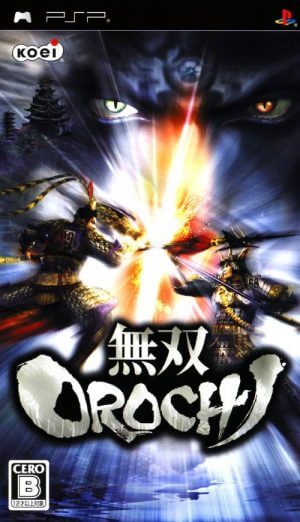 Musou Orochi is a fighting role-playing game considered to be a combination of two cult series, Dynasty Warriors and Samurai Warriors. The content of the demon Orochi has ripped apart and created a time gap and borrowed that to kidnap warriors and samurai with the purpose of wanting to “test their strength” against the warriors the strongest in the world. The setting simulates the ancient dynasties of Chinese history in the Three Kingdoms period, with warriors with flashy costumes and giant new weapons. There are four campaigns throughout Musou Orochi that represent the four factions of Wu, Wei, and Shu, and the last group is Samurai, allied factions and confront each other, the combat mission is somewhat similar to Dynasty Warriors and Samurai Warriors. There are up to 77 characters for the player to choose from, at first the player will only be able to use 3 warriors in a match (allowed to switch continuously), after playing through many stages, it will be opened more battles. soldiers to trade in groups. Another improvement is setting up Prebalttle. Which means that after each battle, players can collect weapons that fall on the battlefield, each with their own characteristics and combine them together to become superweapons.