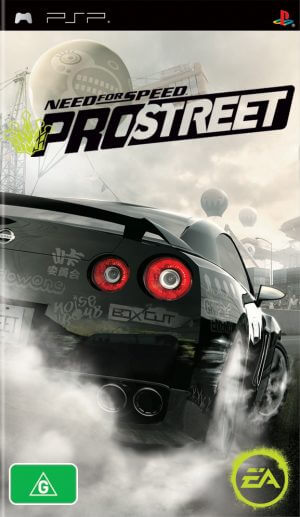 Ryan Cooper is a rising name in the world of racing when constantly winning matches with his Nissan 240SX. But his skill was not recognized by Ryo Watanabe – one of the Showdown kings, he even laughed at and mocked it. Later, Ryan joined Battle Machine – a famous organization, he participated in more matches to improve his skills and experience. Ryan then won the race leaders Kings of Drag (Karol Monroe), Drift (Aki Kimura), Grip (Ray Kreiger) and Speed Challenge (Nate Denver). Ryan now dominates the organization and organizes a confrontation with Ryo. He defeated and forced Ryo to leave the city, Ryan later became the legendary Street King among riders.

Unlike two previous Need For Speed ​​versions, this version took the series in a different direction that it decided to eliminate the illegal race track, all the tracks in ProStreet took place only on closed tracks. Follow a racer Ryan on his way to becoming the top, beating the guy who despised himself in the past. The player’s goal is to head to different events, dominate it with their skills and confront Ryo – the old guy who mocked Ryan. If you have played Need For Speed ​​before, you will not find it strange with this a little time-consuming gameplay. It will take a long time for the player to win and advance to the battle against Ryo because each racing day consists of a number of different events. The game consists of four different modes, the end of the mode will have the last boss (called the King) to dominate that mode. Drag mode consists of two simple types of racing lasting 1/4 and 1/2 miles, the fastest one completes will win. In Grip races, there are 4 different levels (normal, Grip Class, Sector Shootout and Time Attack).In Speed Challenge players must be cautious at speeds of over 200 miles per hour, surpassing opponents to become the first to reach the finish line. Finally in Top Speed ​​Run must undergo 3 to 9 test points and score, the person with the highest accumulation speed will win. This is similar to the Speedtrap events in Need for Speed: Most Wanted.