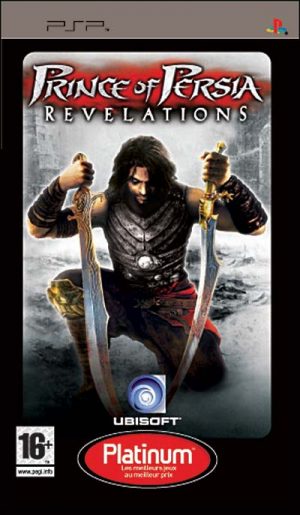 The Persian Kingdom led by King Sharaman became a mighty empire. But a strange thing happened when his second prince was born and a prophet gave the prophecy: “The fate of the throne was written that He will die.” But the king did not mind this, he still raised his son to become a martial arts writer. The prince grew up in the blessings of the people, he did not believe in the thunder that year and was determined to change the wheel of his destiny. In 617 BC, the young hero joined the expedition and accidentally obtained the knife of the time goddess. At the same time, this led to constant disputes and the traitor revealed himself to be the prime minister. Experiencing many challenges and difficulties, adventures into new lands and defeat with the prime minister (who later turned into an immortal devil) to protect the peace of his country.

At the beginning of the game, you transform into a prince performing climbing, running, and sword fighting with prison guards. Go through the prison with many different floors and be careful if falling from a height of two floors will lose a lot of blood and fall on three floors, you will die. In addition to fighting the guards, the player also has to overcome challenges such as fighting with sand creatures, using swords or picking up weapons falling from the dead opponent. And surely the combination of moving with weapons, breakthrough attacks and slashing enemies with bloody violent movements (wrestling, throwing even beheading opponents) will satisfy the player. And when you perform a few campaigns that will unlock some of the sand power that allows rewinding the time for a few seconds, this is extremely useful if you make a mistake or die and you can rewind and try again. Personally, I find the “ Revelation ” part quite similar to the game Prince of Persia: Warrior Inside and only differs from the level being added, extending the time of the adventure and add a few puzzles are somewhat bizarre. There are a few minor bugs that the sound is not really good, the combo is a bit repetitive. But ultimately, for those who love the Prince of Persia or passionate action-adventure game, it is still an interesting part and brings many challenges.