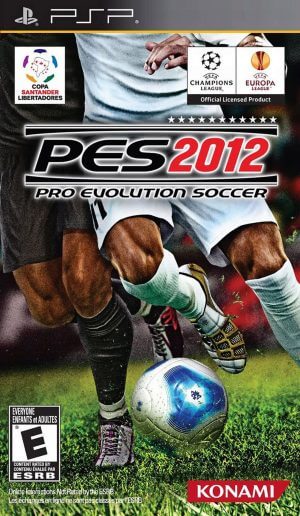 The world of football in 2012 was fascinating, with fiery matches taking place all over the world, especially the top matches on the European turf. Barcelona team after winning the championship UEFA CHAMPION LEAGUE in 2011 will be able to break the curse can not gain two consecutive years of the most attractive tournament of the old continent or will the steady rise of the Spanish royal team Real Madrid as well as the mighty powers of English football such as Manchester United or Chelsea. Messi after a hugely successful season can continue to win more Golden Ball or will be the return of Cristiano Ronaldo after many years to the enemy’s dominance. This will be an extremely anticipated season for fans.

Pro Evolution Soccer 2012 is a football game in which you control a team against the opponent, and after the 90 minutes of the match, whichever leads, the opponent will be the winner. One of the most significant improvements of the game compared to the 2011 version is that the AI has been dramatically improved. Your teammates will run extremely smart as well as be able to anticipate dangerous ball situations to be able to accompany the opponent’s players actively. The graphics are also upgraded a lot with smooth motion effects that can satisfy any most demanding fans. The pace of the game is also greatly accelerated compared to the previous year, the player’s steps will be so fast that you have to wonder if they can run so fast in real life. Besides, the rate of long shots from outside the penalty area also increased significantly, partly reducing the authenticity of this game. However, this does not mean that you will be able to score goals against the opponent. The defenders of the opponent are very good at blocking the cross or the slot of the player’s thanks to the ability to predict dangerous balls. They are also very good at covering each other. There is no way an opponent will chase you and reveal gaps behind. The distance between locations is also maintained evenly. If you are a beginner, do not worry because Konami will provide you with instructions for practicing the skills with the ball before starting a real match.