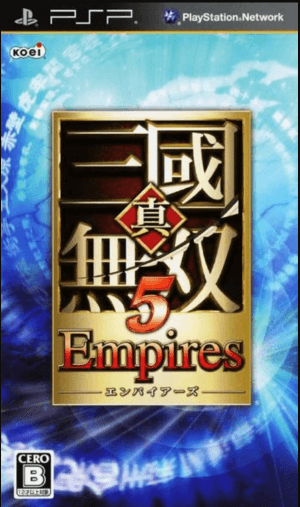 Shin Sangoku Musou 5 Empires is a game in the Hack and Slash genre, featuring a storyline based on the Romance of the Three Kingdoms. This is the sixth game in the hit Dynasty Warriors series. Each character in the game is structured according to each type of skill, strength, and different weapons. Players use the character of their choice, going all the way on the map to find enemies, objects that need to do missions and destroy them. About the strength of each character type, the best-trained characters are the strongest, and in addition, no character is absolutely stronger than the other characters. Depending on the different maps, there will be different types of missions, making the game a very diverse Map mode. Unique Items, Unique Weapons appear if the player is doing the secret job, and these are scarce items, which generally characters can pick up Item boxes that can never obtain. This 6th version adds a new important system: Renbu, that creates a new direction for the character to build their combo skills. Renbu has 3 ranks, the higher it gets, the faster and smoother the combos speed, optimizing the amount of damage in the shortest time. In addition to the system of many new weapons, players can block attacks from any direction – which is unfortunately regrettable in the previous version.