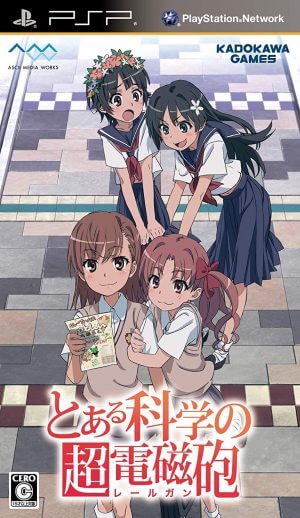 Toaru Kagaku no Chou Denjihou is an action-dating dating game based on the Japanese manga of the same name. With a similar background to the Toaru Majutsu no Index, which centers around Misaka Mikoto – she is one of the seven strongest people in the city with the ability to use electricity, with her friends forming a team. In this digital version, players will have a choice of two ways to play, including focusing on the storyline but with a slow pace and lots of lines; The second is the mechanism of action that ignores the details of the story that focus on the scenes that oppose fast rhythms. Beautiful interface with beautiful cute anime-style characters. The game focuses on female characters, using magical powers to fight enemies. Characters can also use various equipment (such as swords, swords, saws, etc.) to increase their attack and defense stats, as well as special moves (such as releasing lightning or damaging laser beams). The sound also contributes a lot to the charm of Toaru Kagaku no Chou Denjihou, with 5 title songs and 2 opening and 3 ending songs.