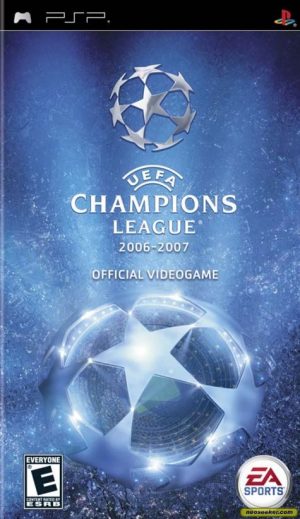 The “UEFA Champions League 2006-2007” is a popular soccer game, with the basic gameplay, players will experience dramatic matches and practice combat skills. The 2006 – 2007 version was designed with smarter AI points, allowing players to control the characters. Their movements also look much more vivid and realistic. Moreover, you can freely show off your skills and tactics, control the players, and arrange a professional team to win against other opponents. One of the other strong points of this version is being able to connect to the internet to play online. With this feature, players can expand their gaming range, in addition to playing with the default server or LAN connection, gamers can now connect to the internet and compete with different gamers from all around the world, which brings greater challenges when playing the game. In addition to controlling and participating in matches on the field, the “UEFA Champions League 2006-2007” also allows you to participate in the sale and purchase of players, setting wages and tactics for the whole team.