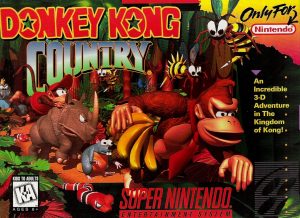 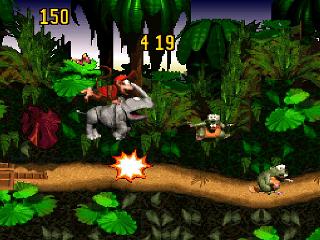 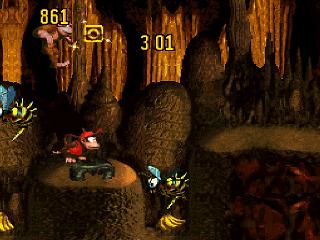 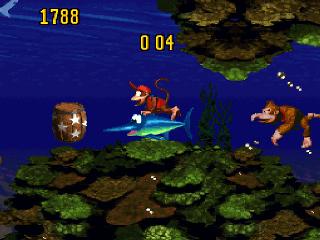 DONKEY KONG COUNTRY (V1.2) is a game with millions of copies ranked third in the sales charts of SNES and is one of the best games of all time. It is a platform game that has content revolving around two characters, Donkey Kong and his grandson Diddy Kong. They try to take back the bananas that were stolen by King K. Rool and his Kremlings minions. Joining into the game, you will control one of these two characters and start the process of finding hoarded bananas. The main moving modes of the two characters are running, jumping and rolling. Each character has a unique character and strong points. Donkey Kong is strong in combat power, and Diddy is strong in speed and height every time he jumps. During the move, players can collect some items and meet enemies with different characteristics. Each enemy has a request to fight and defeat by their ways. Several other items on the road can be used as battle weapons. If hit by an enemy’s attack, the player loses a life, also known as Kong. When all Kongs are lost, the player must challenge from the beginning. In addition, the hard work of collecting 100 bananas will help you get an additional Kong.