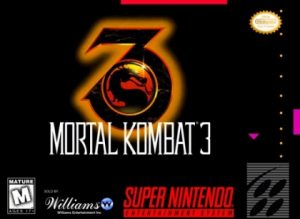 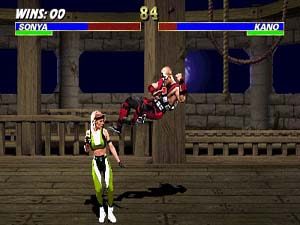 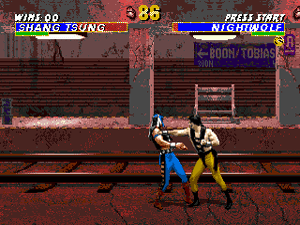 Mortal Kombat 3 is a popular fighting game for SNES. It is the third instalment of the most violent fighting series of all time, adding new elements while setting up the plot in a post-apocalyptic Earthrealm. This is a notorious and bloody fighting game, has an interactive environment and the ability to make friends with your enemies instead of killing them, or can turn them into babies. As in previous games, it has a cast of characters that players can choose and watch instructions through a series of battles against other opponents. Players can choose between nearly 25 characters (as the main factor, because fighting games usually do not have so many) and fight in 3 modes, or only play one person. The levels are designed interestingly, and you must defeat Shao Khan and save the Earth from the threat of his invasion of Another World and leave a path of devastating destruction for the Earth. Graphics are the best that SNES can provide, and the game has appealed to die-hard fans even 20 years after its release. The other new feature of Mortal Kombat 3 compared to previous versions is the combo sequence, the predefined sequences used to perform a series of consecutive attacks. A “Run” button has been added, allowing players to rush towards their opponents, as well as “Kombat Kodes”, a content system that can be unlocked with various icons before the two player’s game reaches to a certain extent. Some characters from previous versions remain, and new characters are included. Mortal Kombat 3 is the only part of this Mortal Kombat game series that has many additional characters.