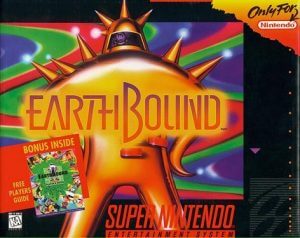 Super Nintendo Entertainment System is still known by many as SNES or Super NES. This is a gaming console with a viral console platform worldwide. This SNES platform was developed and published by a global famous publisher Nintendo, this is a famous game developer from Japan. First launched in Japan in 1990 and launched in other countries around the world in the following years. SNES is the next generation of the machine that was once famous across the globe Nintendo Entertainment System, also known as NES. It showed advanced audio and graphics capabilities compared to other systems at the time. This device was created to be able to compete with others from the developers of the gaming devices at that time, namely SEGA. But the SNES platform has risen and become the best-selling device of the 16-bit gaming era. Not only that but after the world has reached the era of 32-bit games, this device still been popular around the world. The device’s number of devices sold is approximately 50 million units sold worldwide, and 17.17 million units were sold in Japan alone. In 1997, SNES enthusiasts started programming an emulator called ZSNES.

SNES had a very familiar 2D graphics format with a very popular 16-bit style at the time. Gamepad of the device consists of 10 buttons all, including four navigation buttons located on the left side and four buttons used to fight located on the right-hand side. Because it was released in the 90s of the last century, the graphics and gameplay of the game could not be rich enough to make them as heavy as they are now. Most games on the device use a maximum of a few megabytes only. So players will not have to spend too much space to download the application.

What makes this device popular all over the world are the games it brings to users. Among them are some of the famous ones such as Super Mario Bros 4, The Legend of Zelda: A Link to the Past, Super Bomberman. And many other titles I cannot mention here because the total number of titles present in this series is up to nearly 1,000 different games for players to experience. In the era of developing technology, the gaming industry is growing more than ever with more and more high-quality 3D graphics games. Everything is excellent but can not give players the same experience as before. So if you want to revive your childhood memories, come to us right away.