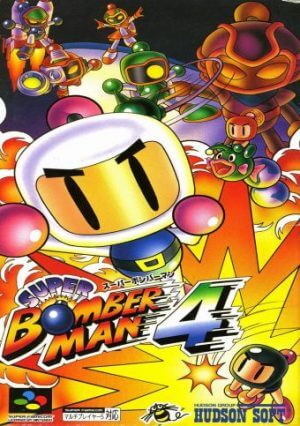 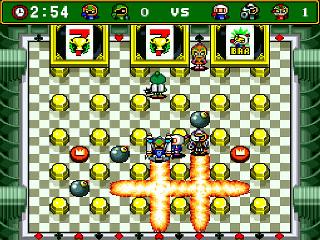 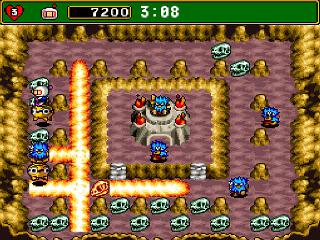 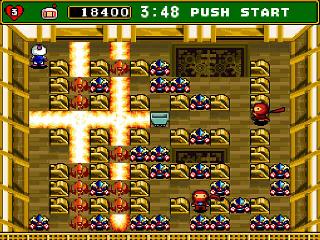 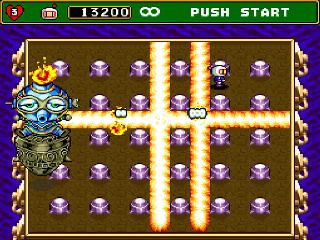 This is an action platform game, a puzzle released by Hudson Soft. There are two game modes provided, single and multiplayer. You aim to join the fight to destroy enemies by placing bombs and become the last survivor. Moving in the maze has many new features that give you an edge over opponents. This is also a way to increase power, so you need to devour items. Every time you place a bomb to take down an opponent, you need to pay attention to avoid being detonated by still standing within the bomb’s explosion. The game has two game modes: casual play and a fighting game. For casual games, leveled campaigns will be launched. Here, you are allowed to fight with friends through a two-player mode. Battle mode will take place with three levels. Although the game only provides a maximum of two control modes, in a battle, the number of characters participating in the action will be more than. Some of the creatures are your enemies in the game, but when you fight against them, they turn into creature eggs, and you can collect them. Some other stages contain wrap that helps players move to the reward places.