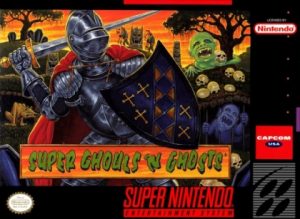 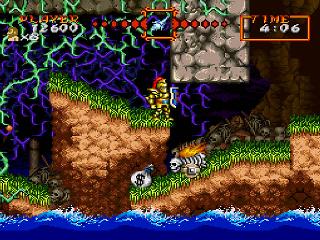 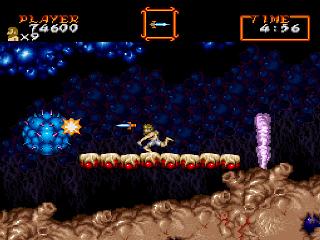 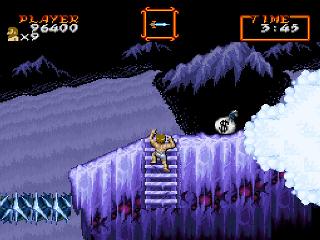 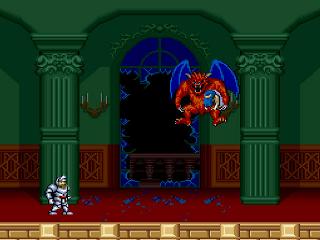 Super Ghouls’n Ghosts is an action game based on the same name platform and is also the 3rd version in series Ghosts’ n Goblins. Entering the game, you will control Arthur – a brave knight rescuing the princess from the demons, fighting the villain Emperor Sardius. In the first match, Arthur will only own a normal armour to help increase fire prevention. However, after completing certain missions, the character’s armour will be upgraded to gold, allowing Arthur to absorb firepower, releasing special magic attacks. Besides, the character will receive a shield that can block an attack from the front. Collect enough materials, Arthur’s armour can be upgraded so the highest level can absorb fire faster. At the same time, the character will receive a shield that can withstand up to 3 bullets from the front. In addition to armour, players can collect a variety of dangerous weapons in the arsenal. However, finding treasure chests will not easily require the character to move a lot in the map.