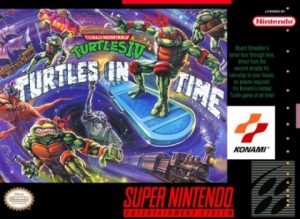 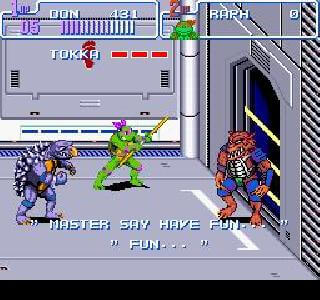 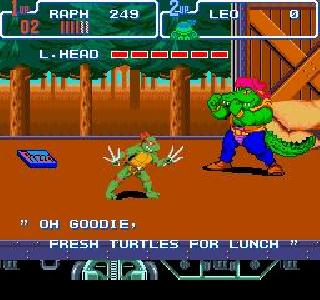 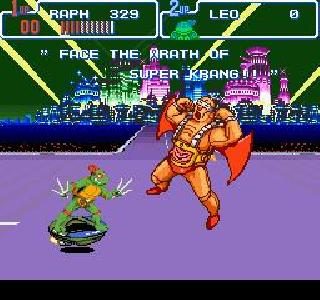 After the success with Teenage Mutant Ninja Turtles, Konami continued to launch Teenage Mutant Ninja Turtles IV – Turtles In Time, promising to bring players extremely new experiences. As in its predecessor in this version, the storyline is still based on the famous Teenage Mutant Ninja Turtles animation. There will be two-player and four-player modes available to give players the freedom to choose. In the two-player version, you will be able to choose one of four Ninja: Leonardo, Michelangelo, Donatello and Raphael (ranked in order of selection from left to right). Transformed into ninjas, players will move based on the movement of jumping around the streets and sewers in New York City. New features have also been added in this release. It is a character who can perform an attack by repeatedly fighting or stabbing all the Foot soldiers. To perform attacks, the player needs to move attack buttons, jump buttons or use a combination of keys (then the character will perform moves in succession). When successfully performing the high jump, slide, … will help the character’s attack more effective.