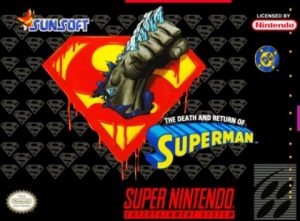 The Death and Return of Superman 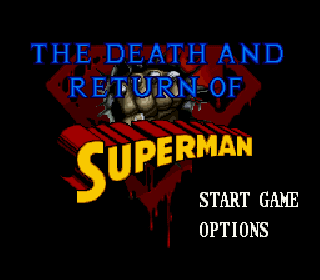 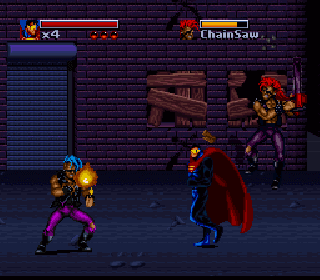 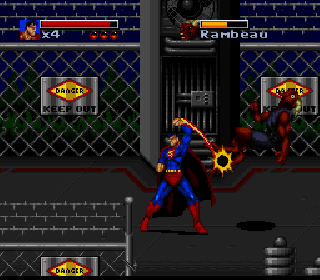 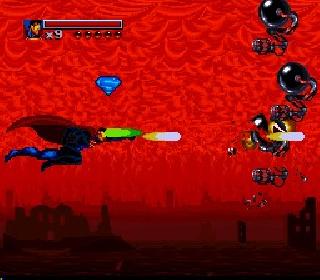 After the success of the popular comic series “The Death of Superman”, to satisfy the passion of Superman fans, The Death and Return of Superman was released under the release of Sunsoft. It is a game that helps you turn into your favourite superhero character Superman fighting with a dark power to protect humanity’s peace. Characters can move in all directions, instead of just moving in one direction like the same line versions. The enemies will be set and appear only after the character annihilates the opponent. The appearance of the characters is different, but the short-range attack capabilities are the same: melee attack (punch), acrobatics, throwing,… If you want to attack long-range, you can use guns to perform attacks with bullets. The original Superman remains the ability to fly. This will help the character do not have to spend much effort to defeat the opponent and overcome obstacles (the character can fly over). Increasing the difficulty for the game, the appearance of the screen makes Superman can only fly and appear, opponents, obstacles in a hovering state.